The Magical "Music" of Disney 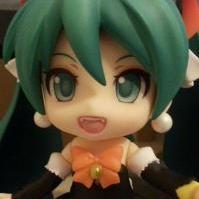 By Braidless Baka,
September 7, 2003 in Noosphere