Top Posters In This Topic

[QUOTE=Aceburner]Digitalboy, All I'm saying is that Ash/Satoshi's Pikachu is way overpowered, and it's because the writers keep adding loopholes that are nowhere to be found in the games (You electroc 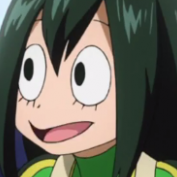 [quote name='Panache']CN is awesome now. It's got All kinds of badass cartoons. Most of them are american though...[/QUOTE] [IMG]http://www.animated-cartoons.net/images/CampLazlo_CFE9/camplazlo